The CollectorClub gets a makeover

FINE WRISTWATCHES UP FOR AUCTION ON NOVEMBER 26 IN MILAN 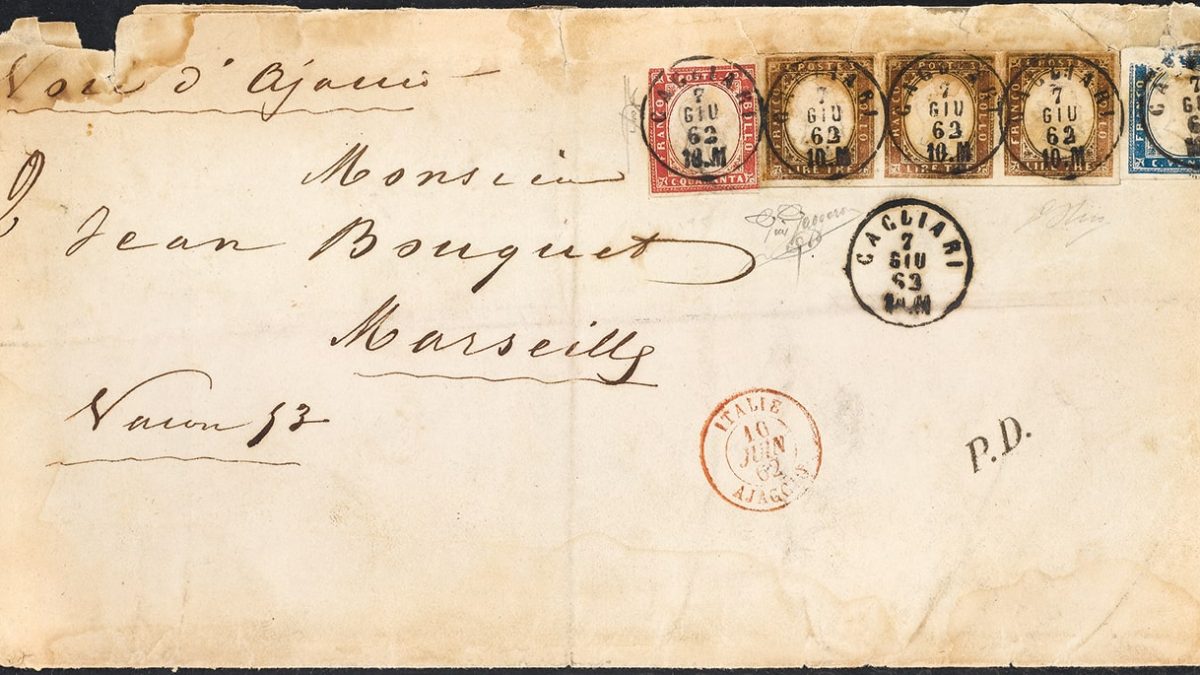 Nearly 1.800 lots characterize Aste Bolaffi’s stamp auction, organized in Turin on 4 and 5 October, the first of the autumn session.
There are very sought-after and rare lots included in the Ancient Italian States section, such as: the block of eight exemplars of the black 1 quattrino on blue paper of the Grand Duchy of Tuscany, the largest known multiple of the postage stamp (starting price 30 thousand euros); the letter of 7 June 1862 from Cagliari to Marseilles with a tricolor franking consisting of one 20-cent and one 40-cent stamp, and a strip of three 3-lire stamps of the fourth issue of Sardinia (starting price 25 thousand euros); and a blue half tornese, Trinacria, from the period of the dictatorship of Naples (starting price 10 thousand euros).
The Kingdom of Italy will also be well represented, with some important lots of postal history and airmail, including an important collection of hundreds of aereograms (lot 614, starting price 30 thousand euros), and foreign airmail, where a specialized collection focused on China stands out (lot 1120, starting price 25 thousand euros).